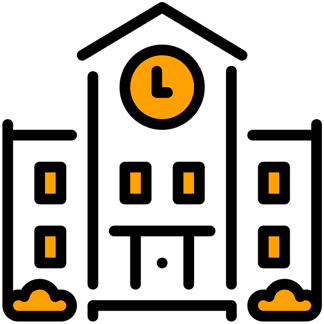 The European Group of Territorial Cooperation – EGTC is a European cooperation structure with legal personality. It has been introduced by the Regulation (EC) n°1082/2006 with the aim of realizing actions of territorial cooperation between national, regional and local authorities and other public-law bodies belonging to at least two different member states of the European Union.
Following the approval of the Community Law 2008, trough which the State gives execution to the EC Regulation, the Region of Veneto applied the legal instrument of the EGTC and established the “Euregio without Borders” with the Italian Region Friuli Venezia Giulia and the Austrian Land Carinthia.
With the governmental authorization DPCM of the 13th July 2012, followed by the regional law n°41 of the 12th October 2012, the participation of the Region Veneto to the EGTC has been formalized. The three partner regions have signed the Constitutive Act of the EGTC “Euregio Senza Confini r.l.-Euregio Ohne Grenzen mbH" in Venice the 27th November 2012.
Subsequently, the EGTC “Euregio without Borders” has been registered at the n°4 of the National Register of EGTCs, at the Presidency of the Council of Ministers, acquiring this way legal personality in public law, and at n°33 of the EGTC Register of the Committee of Regions.
The 19th of February in Klagenfurt (Carinthia) the Assembly of the EGTC appointed the President of the Region Veneto as President of the EGTC for the next three years. The Assembly has as well assigned the role of Director ad interim to Dr. Dieter Platzer, Secretary General of the Land Carinthia, and confirmed the Technical Group, constituted by the Directors and the officials of the three regions, that will work in support to the EGTC. In order to guarantee the maximum equality among the members, the President is from Region Veneto, the Director from the Land Carinthia and the head office is in Trieste, in Friuli Venezia Giulia
The assembly of the EGTC is composed by the Presidents of the three Regions, President Luca Zaia for Veneto, and, as a result of the elections held in the spring of 2013,  President Debora Serracchiani for the Region Friuli Venezia Giulia and President Peter Kaiser for the Land Carinthia.

On November 25, 2013 the second session of the Assembly of the EGTC has been held in Venice , which was attended by the Presidents of the three Regions involved, the Director ad interim and the members of the Technical Group, experts of the three Regions.
The new session of the Assembly marks the start of the EGTC, with the approval of the Regulation of organization and operation, the determination of the budget for 2014 and the appointment of the authorities for the next three years.
In particular, it has been confirmed Dr. Dieter Platzer from the Land Carinthia in his role as Director of the EGTC; moreover three permanent members (including the Friulian member as Chairman) and two substitute members were named in the Board of Auditors.
The agenda also provided for an indication of the first guidelines for EGTC’s future activities, starting from 2014, which will affect the primary areas already identified by the Statute, such as energy and environmental resources, waste management; transport, infrastructure and logistics; culture, sport, education and higher education; social-health care; civil protection; science, research, innovation and technology. For this aim, the technical experts of the three Regions were assigned to proceed with the necessary analysis .
The will of the three partner Regions is to reach as soon as possible to the efficiency of the EGTC.

For the Region of Veneto, the Directorate Institutional Reforms and Delegation Process, within the General Secretariat for Programming, is in charge of providing juridical support for the operation of the EGTC “Euregio without borders”.

EGTC to be constituted in Italy: Alpi Mediterraneo.